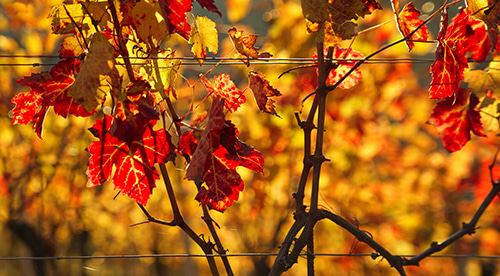 The Aubert family, owners of 450 hectares of vines in the southern Rhône valley, continue to increase their assets. The three brothers, Claude, Yves and Alain, have recently purchased Château Husson, at Courthezon (Vaucluse). Since 2008 the Château had belonged to Jean-Pierre Hugues, also owner of Domain de la Royère in the Luberon.

The domain, for which the purchase was finalised during July 2015, comprises 21 hectares of vines- 11 of which are in Châteauneuf du Pape and 10 in AOC Côtes du Rhône and Côtes du Rhône Villages – a winery, farm buildings and a house. The Auberts only plan to make use of the vines and not the buildings or house, at least for the near future. As of the next harvest, the grapes will be transported to Domaine Le Grand Retour, approximately 15 kilometres away.

“With this purchase, we are seeking to acquire above all a vineyard property and a “terroir””, explained Alain Aubert, one of the three associate brothers. “We have been looking for some time to join this end of the market, which is often hard to access.” This sought-after appellation, until now lacking from their repertoire, will complete the Aubert family’s already extensive range which includes IGP Chardonnay and Viognier (74 ha), AOP Grignan-les-Aghémar (86 ha), Côtes du Rhône (70 ha), Côtes du Rhône Villages “Plan de Dieu” (156ha) and “Visan.

The total 450 hectares of vines owned by the family produces approximately 20 000 hectolitres, half of which are vinified at the Travaillan site and half at Donzère (Drôme). A quarter of the production is sold in bottle, namely 700 000 bottles. The remainder is sold in bulk to negociants; the three associates hope to decrease this amount with more direct sales from their two wine shops.

Prestigious transactions and perceptions of value